available to buy or borrow at Amazon

Sharon breaks up with her girlfriend and moves into a house that she soon discovers is haunted by a beautiful woman who has been dead for one hundred years. Is it possible to give your                            heart and soul to a ghost? 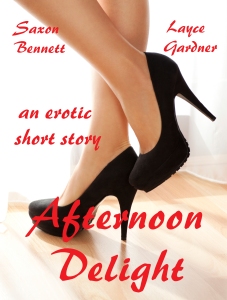 Olivia is having a really bad day. While on her way to her high school reunion she ruins her new dress. She stops at a house with a for sale in the yard. Olivia hopes to clean herself up and get back on her way. That is … until she meets the sexy and gorgeous realtor who gives her a tour of the house that she will never forget. 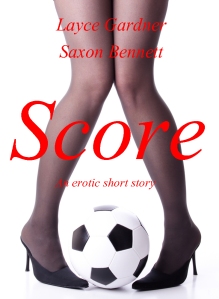 When Melissa leaves her beloved New York City to fly to Portland and interview a soccer player for Slash magazine, she expects the trip to be nothing short of dreary. To her surprise, the evening is filled with unimaginable delights that leave her a soccer fan forever. 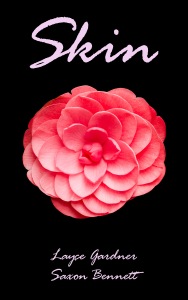 Samantha discovers that you can find love in the oddest of places—even in a tattoo studio.

Memoirs of a Gay-She: The Best Blogs of Layce & Saxon, Vol. I

You’ve heard the old saying two brains are better than one? Well, Layce and Saxon’s two brains have melded together forming the equivalent of one and a quarter brains, which anybody knows is more than one brain. And they mooshed this brainchild into one book containing their best blogs. That’s right. The very best of Saxon and Layce’s blogs are brought together in this one book!
Rated R for foul language and rampant lesbianism.

Five short stories written by Layce Gardner & Saxon Bennett.
Veronica’s Tale – Everything changes for Veronica the day she wakes up and discovers she has a tail.
The Day I Tried Out for Cheerleader and Other Stupid Stuff – Eleven-year-old Alice is overweight, clumsy and totally in love with Michelle. She’ll do anything to win Michelle’s affections – even try out for cheerleader!
The Lesbian Brain: A User’s Guide – What makes the lesbian brain different? An intrepid English grad student is determined that with some keen observation and her girlfriend’s help, she can figure out what makes lesbians tick.
The Last Dance – Cora is reunited with her true love, Janice, in a most unexpected way.
Rest In Pieces – MJ loves Patty. When Patty’s husband puts her in the hospital, MJ delivers her own brand of justice.
All five short stories were previously published as singles. This is the first time they have appeared in an anthology. 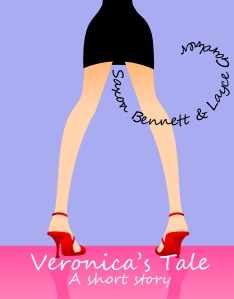 Available now at Amazon, Smashwords, Kobo and Barnes and Noble.

A modern day allegory about an everyday lesbian.

Everything changes for Veronica when she wakes up one morning with a tail.

A sweet and steamy short story!

Lizbeth’s relationship was in a rut – until she rekindled the fires of desire.

Available for only .99 cents at Amazon