“How about the word moist?” Layce said.

“No, how about the word vagina?” I said. We were sitting at the kitchen bar discussing icky words and why they even existed.

“It’s not so bad if you shorten it to vag,” Layce said.

“I just can’t see using vag for my nether regions. If feels like I’m a home girl calling out to my buddies on the street. “Yo how’s your vag hanging?” I said. “It just doesn’t work for me.” I sipped my coffee.

Emma walked by. “Some people don’t have boy parts.” 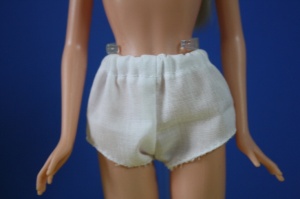 “I thought that meant you were a girl,” I said.

“No, silly they don’t have any parts. You know like a Barbie doll.”

“Wow, that makes me feel glad to even have a vag,” I said.

Layce rolled her eyes. “I think penis is a pretty icky word too.”

“Did you know they make canes out of bull and elephant boy parts?” Emma said. The child was a veritable fact finder.

“Are you messing with me?”

“Yes, you would. Remember that time you two told me we had a furry snake in the back yard? You said it was indigenous to Oklahoma which is why I’d never seen one before,” I said, giving Layce the stink eye.

“No, they really do make them,” Layce said.

“I’m googling it,” I said, giving them both a suspicious glance.

I googled and then I shopped. “They really do make them! And I want one. Look this one even has a inlaid buffalo coin. It says here you can send them your own special trinket and they’ll put it in your cane. How awesome is that?”

“Why in the name of God do you want a bull penis cane?” Layce asked.

Emma had plugged her ears by now. Evidently it was too much genitalia talk for her.

“So if muggers attempted to mug me I could brandish my cane and say ‘Don’t make me beat you with my penis.’”

“That’d throw them for a loop,” Layce said.

“Good self defense is built upon the element of surprise,” I said.

“They’d be surprised all right.”

“I wonder if there’s an candy dish made out of a vagina?” I typed furiously. When I looked up, Layce and Emma were both gone.

Available to buy or borrow at Amazon!

Comments on: "The Vagina Dialogues" (2)